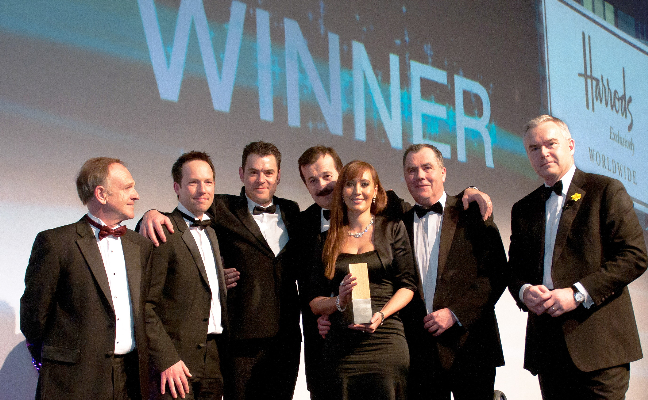 The company was shortlisted for an award for the Adiabatic Advantage version of its ultra-low-energy Turbomiser chiller.

And it was official sponsor of CIBSE’s Collaborative Working Award 2012.

Cool-Therm’s Adiabatic Advantage Turbomiser chiller was a worthy finalist in the Energy-using product category of the national awards.

The judges praised the exceptional performance of the machine, the Turbomiser III, which delivers a further 20per cent savings on top of the 30per cent achievable by the basic Turbomiser chiller, deliver up to 50 per cent reductions in energy consumption.

Ken Strong, md of Cool-Therm, took the stage alongside the BBC’s news anchorman Huw Edwards to present the CIBSE Collaborative Working Award to Harrods, WR Refrigeration and their project partners for a new carbon dioxide-based refrigeration system installed at the company’s flagship store in Knightsbridge.